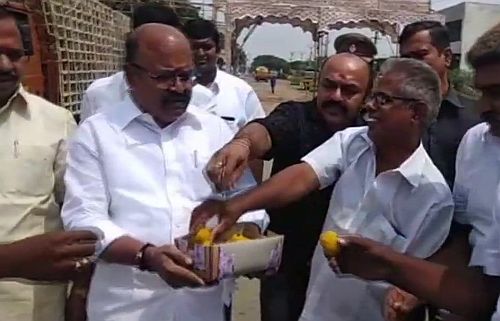 The ruling AIADMK in Tamil Nadu Thursday hailed the Madras High Court verdict upholding the disqualification of 18 party MLAs saying it was a "just order."


Party spokesperson P Valarmathi expressed joy over the verdict and said the Edappadi Palaniswami government has now proved its 'stability.'


"We are very happy...this is a just order," Valarmathi told PTI. When asked about the disqualified MLAs' plea to hold by-elections in their constituencies, she said the AIAFMK was ready and expressed confidence that the ruling party will emerge victorious in all the 20 seats.


Besides the constituencies of the disqualified MLAs, the Tiruvarur and Thiruparankundram seats had fallen vacant following the death of late DMK chief M Karunanidhi and AIADMK's AK Bose respectively.


Justice M Sathyanarayanan had earlier Thursday upheld the June 14 order of the then Chief Justice disqualifying the 18 rebel AIADMK MLAs, in a huge relief to the Palaniswami government.


The 18 MLAs were disqualified on September 18 last year under the anti-defection law after they met the Governor and expressed loss of confidence in the Chief Minister. -- PTI