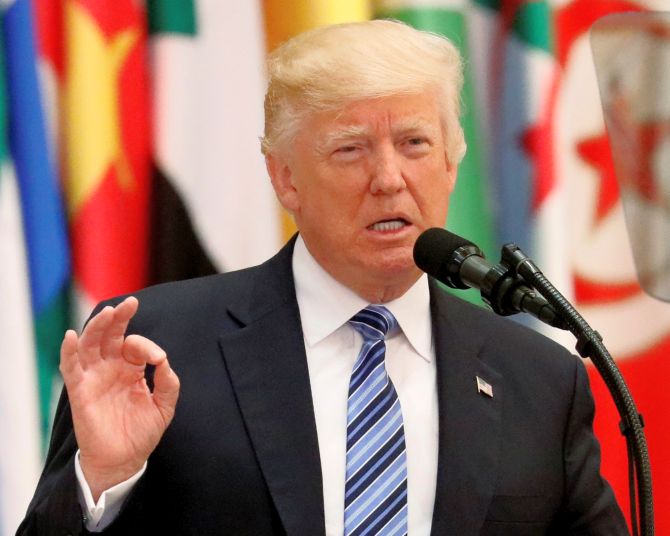 President Donald Trump has said the United States will get to the bottom of the Saudi journalist Jamal Khashoggi case and asserted he would not like to scrap an arms deal with Riyadh, amid a global outrage over the dissident scribe's death.
Saudi Arabia in a statement Saturday said Khashoggi, 60, died following a "fistfight" at its consulate in Istanbul on October 2, without disclosing any details on the whereabouts of his body.
"It is something that we don't like. It's very serious stuff. And we're going to get to the bottom of it and will make that determination," Trump told reporters in Nevada on Saturday.
His comment came when asked about his previous statement that he would be considering severe consequences for Saudi Arabia following the journalist's death.
Trump also said the Congress would have a role to play in it."We'll have very much Congress involved in determining what to do," he said.
Responding to a question, the US president indicated that he would not like to scrap an arms deal with Saudi Arabia.
"It's over a million jobs; that's not helpful for us to cancel an order like that. That hurts us far more than it hurts them... but there are other things that could be done, including sanctions," he told reporters. -- PTI
« Back to LIVE