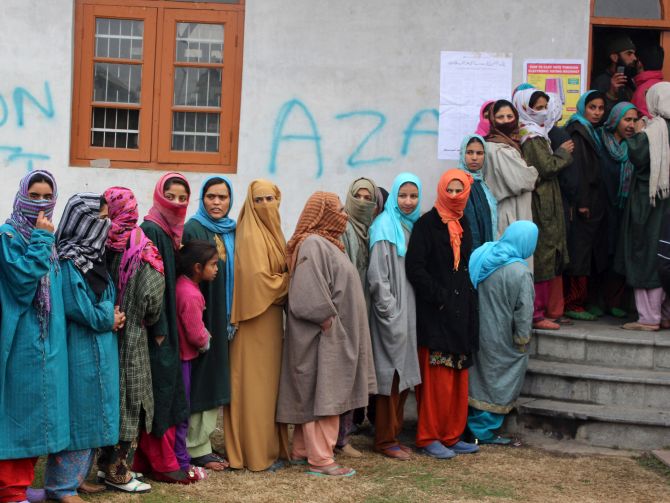 Jammu and Kashmir Governor Satya Pal Malik has favoured holding of early election to the assembly, saying he does not think a popular government can be formed out of the present house after the collapse of the BJP-PDP coalition dispensation in June.
The state has been under Governor's rule since Peoples Democratic Party president Mehbooba Mufti resigned as Chief Minister in June following the withdrawal of support by the Bharatiya Janata Party to her government.
There have been speculations about behind-the-scene efforts to put together a new government. No party enjoys a majority in the 87-member assembly, in which the PDP has 28 MLAs, the BJP 25 and the National Conference 15.
Putting such speculations to rest, Malik said in an interview that he would not be part of any shenanigans.
Asked if a popular government can be formed out of the present assembly, the Governor replied, "I don't think so. At least, I will not be part of any 'dhandli' (shenanigans). I have not been given any such indication either by the prime minister or by any other central leader."
To a question on holding of fresh elections to the assembly whose tenure ends in December 2020, Malik said that he wished that the elections were held at the earliest.
"The decision will be taken by the Centre and the Election Commission. My job is to discharge dual responsibility (of Governor and administrator) which I will continue to do... I wish that elections are held at the earliest," he said.
-- PTI
« Back to LIVE