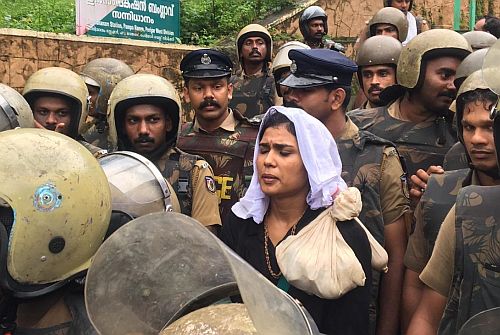 Pathanamthitta: Woman activist and devotee Rehana Fatima (in the picture) and journalist Kavitha Jakkal of Hyderabad based Mojo TV have been taken to an office where they have been called by Inspector General S Sreejith for a meeting. Devotees are also believed to be at the meeting.

Kavitha has said she is not a devotee, she is attempting to enter Sabarimala as a journalist. Fatima, however, is carrying the irumudi (the offering of rice, coconut and ghee) to be offered at the temple and is there as a devotee.