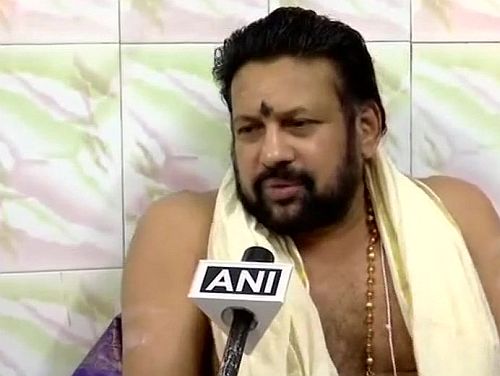 Reports coming that the house of the women devotee, whose identity the police have not divulged, has been trashed.

To bring you up to speed, two women, -- one a journalist and the other an activist and devotee -- have decided to turn back from the Sabarimala shrine -- after the priests threatened to close the temple for prayers if they entered it. Kerala IG  S Sreejith confirmed that journalist Kavitha Jakkal of Hyderabad based Mojo TV and woman activist Rehana Fatima are now returning from Sabarimala with an escort of 300 policemen to the base of the shrine.


Kandararu Rajeevaru, Sabarimala Temple head priest said, "We have decided to lock the temple and handover the keys and leave. I stand with the devotees. I do not have any other option."
« Back to LIVE