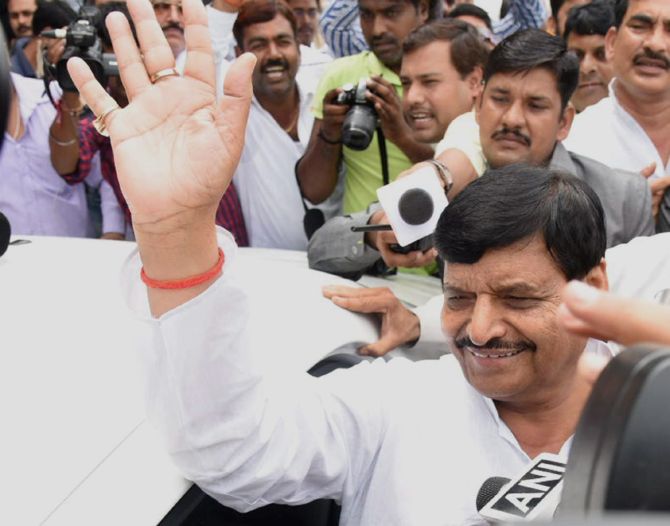 On Wednesday, Samajwadi Secular Morcha chief and Akhilesh Yadav's uncle Shivpal Yadav moved into the bungalow vacated by former Uttar Pradesh chief minister Mayawati. He reached the bungalow with his supporters and entered it after performing a havan to mark Durga ashtami. The move did not go unnoticed by opposition members and various theories started circulating.


Adding grist to the rumour mill, cabinet minister Om Prakash Rajbhar said the allotment of Bahujan Samaj Party chief Mayawati's bungalow and the provision of Z-plus security to Yadav showed that "he had started working for the Bharatiya Janata Party'.


Yadav downplayed the episode saying, he had been allotted the bungalow "as there were intelligence reports of threats' to him. He went on to say he was open to joining hands with the opposition parties against the Yogi Adityanath government. -- Business Standard
« Back to LIVE