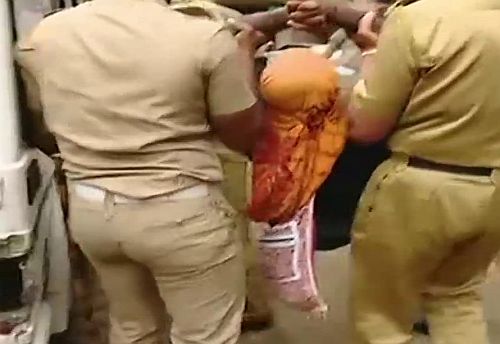 Ramesh Chennithala, the leader of opposition in Kerala Assembly, has blamed Communist Party of India (Marxist)-led government in the state for failing to assess the situation that led to the row around women's entry in Sabarimala Temple.


Chennithala said that it was the state government's duty to strike a proper balance between the Supreme Court judgement and the sentiments of the devotees.


He further attacked Rashtriya Swayamsewak Sangh and the BJP for making the issue a boiling point. "This issue would have been tackled in a different way. At one side there is Supreme Court judgement and on another side, there are sentiments of the believers. The state government should have taken a matured line on this. They have totally failed in assessing the situation," Chennithala told reporters.


"Sabarimala should not be made a battlefield. But RSS and BJP are making it a battlefield. The government also, with its careless attitude, has contributed to the issue. We want peace and tranquillity in the area," he added.


Reflecting on Friday's events, where one woman journalist Kavitha Jakkal and activist Rehana Fatima attempted to enter the Sabarimala Temple, Chennithala said that giving "one of the ladies" a police uniform was wrong as it is an offence.


"As per the Kerala Police Act, it is objectionable to wear police uniform by anybody else other than police. It is a crime. It is a non-bailable offence with six months imprisonment and a fine of up to Rs 2000. I don't know why one of the ladies was given a police uniform who tried to visit a shrine," he said.


Two days after the Sabarimala Temple in Kerala opened its doors for the first time to women of all ages as per the Supreme Court verdict pronounced on September 28, no woman of menstrual age has yet been able to visit the shrine because of continuous protests by some temple followers. -- PTI


Image: Kerala police detain supporters of the ban on women devotees
« Back to LIVE