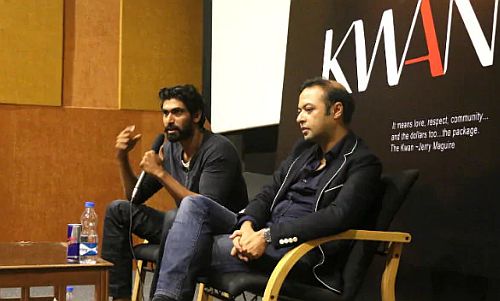 Anirban Blah, the co-founder of Kwan Entertainment, one of the biggest celebrity management agencies in India, was rescued in the early hours Friday by the Vashi Traffic police in suburban Mumbai after they found attempted suicide, reports the Hindu.


The incident happened at around 12.30 am when traffic police got a tip-off about the alleged suicide.


Blah is one of the co-founders of celebrity management firm KWAN Entertainment but was recently asked to step down from his role in the firm after some women accused him of sexual harassment.


"We had information about an individual coming towards Vashi bridge to commit suicide. We couldn't take chance and we laid a trap there in dark," senior police inspector from Vashi traffic said.


Blah was seen climbing on the barricades of the bridge when the police caught hold of him and made him get down."He was crying. He seemed very frustrated and depressed. We took him to the police chowky, offered him water and asked his problem to which he said that he was frustrated with the #Metoo allegations on him. He was depressed due to the defamation he and his family faced," the police said.


Multiple accounts of sexual misconduct have been reported against Blah. KWAN put out a statement following the accounts saying, "We have asked Anirban Blah to forthwith step aside from his duties, activities and responsibilities ar KWAN, its subsidiaries and affiliates with immediate effect."The past few days have been very disturbing to everyone in the light of the #MeToo movement and it has pushed us all to take a step back and introspect whether each of us is doing enough to create a healthy and safe environment."KWAN has promised to create a "safe and secure" working environment for its employees."We fully support the #MeToo movement and deprecate and condemn those who have exploited women in any form or manner. As a responsible corporate, we have taken assistance to ensure that we have efficient and appropriate processes to redress any complaint of misconduct in accordance with the law."