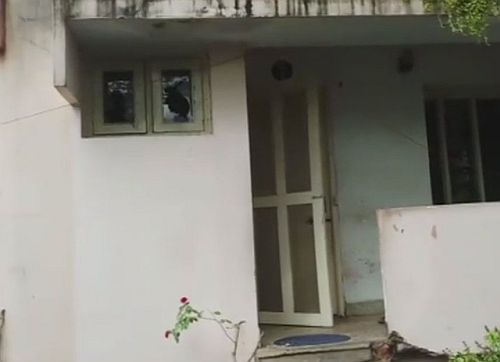 Update: Images of the house of woman activist/devotee Rehana Fatima in Kochi vandalised by unidentified miscreants earlier today. She had gone up to the Sabarimala Temple this morning under police protection but was forced to turn back midway after a meeting with Kerala IG and devotees. The priests forced their hand saying the temple would be shut and rituals would not be performed if the women entered the shrine.


A large number of devotees opposing the entry of women of the menstrual age group blocked two women -- a reporter from Hyderabad and Rehana Fatima's entry -- at the Valiya Nadappandhal near Sabarimala Sannidhanam.


Inspector General S Sreejith heading a team of police personnel providing security cover to the women assured the protesting devotees chanting Ayyappa mantra that they would not like to move forward to the Sannidhanam with the women, hurting the sentiments of devotees.
« Back to LIVE