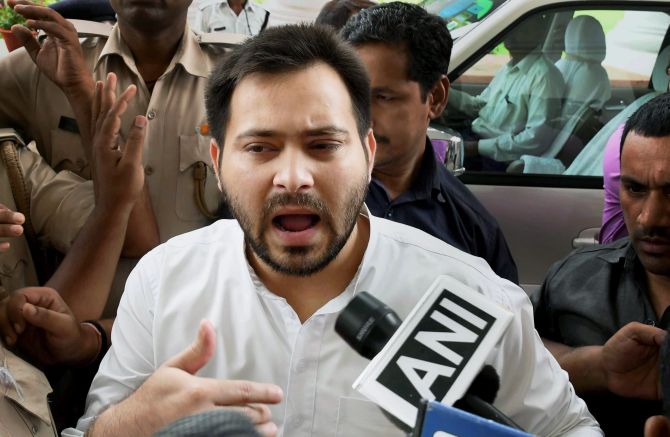 Bihar's pre-poll poster wars are the stuff of legends. Some posters emerged earlier this week showing Rashtriya Janata Dal (RJD) heir apparent Tejashwi Yadav as Lord Rama and Chief Minister and Janata Dal (United) leader Nitish Kumar  as the 10-headed demon Ravana. The posters, put up near Tejashwi's official residence on Circular Road, were slammed by the ruling JD(U) and even by the Congress, a leading constituent of the Mahagathbandhan in Bihar. The Lalu Prasad-led party later clarified that the posters were not aimed to demean the chief minister but to highlight the failings of his government. -- Business Standard
« Back to LIVE