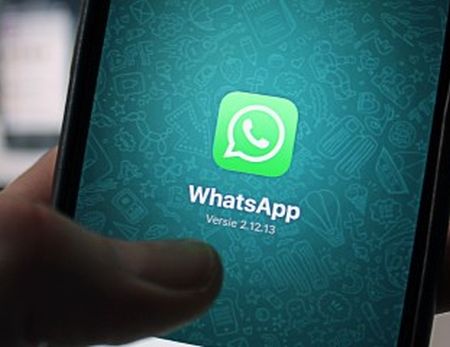 A 26-year-old Muslim man in Aurangabad district of Maharashtra allegedly gave triple talaq to his wife through WhatsApp, and was booked following a complaint lodged by her, police said Thursday.
The man, Javed Saber Pathan, a resident of Khandala village in Vaijapur taluka in the district, was booked on Wednesday under section 4 of the Muslim Women (Protection of
Rights on Marriage) Ordinance, 2018, a police officer said.
"Javed had married Shabana Nisar Shaikh alias Sabha in
December 2016. Things were fine between them for about a year.
However, after that they regularly started arguing over small
issues," police inspector Anant Kulkarni said.
"On September 9 (2018), Javed dropped Shabana at her maternal aunt's house in Kannad tehsil (in the district), but did not return to take her back. Shabana's parents visited his house to request him to patch up with her. But on September 23, Javed sent a triple talaq message on her WhatsApp," he added.
Shabana lodged a complaint against him with Vaijapur police station on Wednesday, following which a case was registered, Kulkarni said.
Javed was yet to be arrested, the inspector said adding that an investigation has been launched into the case.
-- PTI
« Back to LIVE