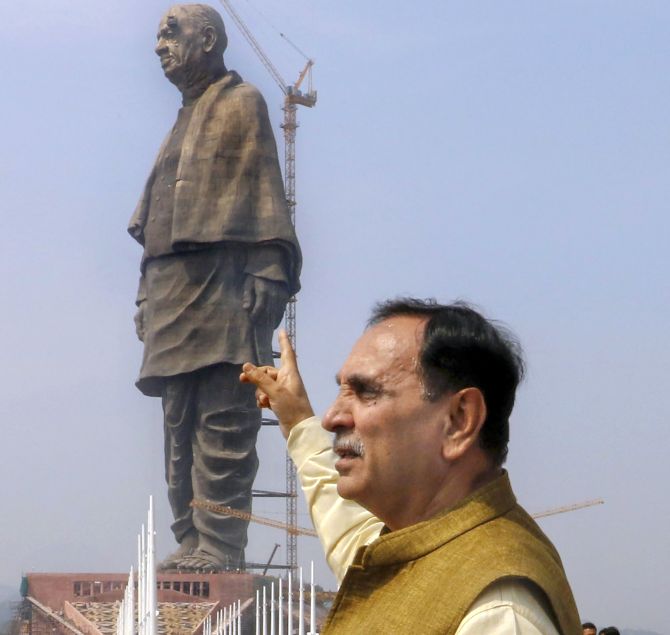 Gujarat Chief Minister Vijay Rupani Thursday took stock of ongoing preparations at the site of the 'Statue of Unity' at Kevadiya in Narmada district.
Prime Minister Narendra Modi is scheduled to unveil the world's tallest statue at 182 metres, dedicated to the country's first Home Minister Sardar Vallabhbhai Patel, on October 31.
It is being built on Sadhu Bet island near the Sardar Sarovar Dam on the Narmada river.
Deputy Chief Minister Nitin Patel also accompanied Rupani, stated an official release.
Image: Gujarat CM Vijay Rupani inspects as final touches are given to the Statue of Unity at Kevadiya Colony about 200 km from Ahmedabad. Photograph: Santosh Hirlekar/PTI Photo
« Back to LIVE