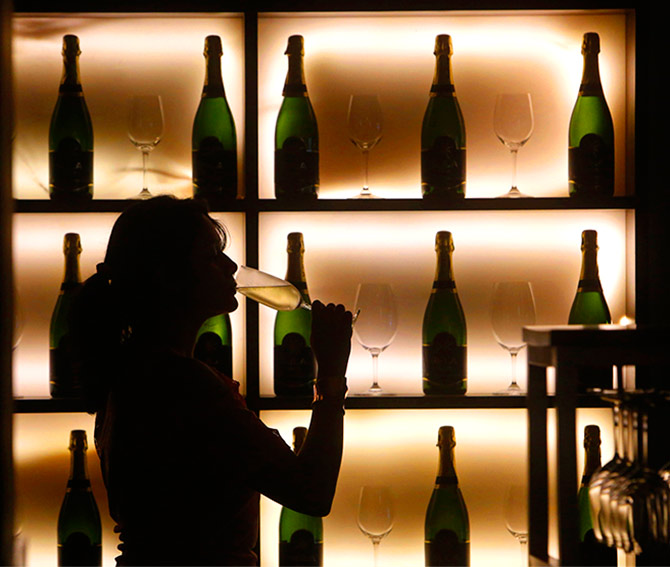 The Maharashtra government has decided to allow online sale and home delivery of liquor in the state, saying it could curb the cases of drunken driving.
"We want to curb the instances of drunken driving. Allowing home delivery of liquor will help in this," Excise Minister Chandrashekhar Bawankule told PTI on Sunday.
He did not elaborate as to when the decision would come into effect.
Speaking on the condition of anonymity, a senior official in the excise department said increasing the revenue was also a prime objective behind the decision.
Established e-commerce companies were expected to enter this segment, the official added.
The government is losing sizable excise tax due to closure of around 3,000 liquor outlets located near the highways owing to the Supreme Court's order, he said.
Excise duty contributed Rs 15,343 crore to the state's treasury in 2017-18.
Also, the reduction in prices of petrol and diesel earlier this month has caused some strain on the state's treasury, he said.
Online sale and home delivery of liquor is expected to generate more revenue, the official said. -- PTI
« Back to LIVE