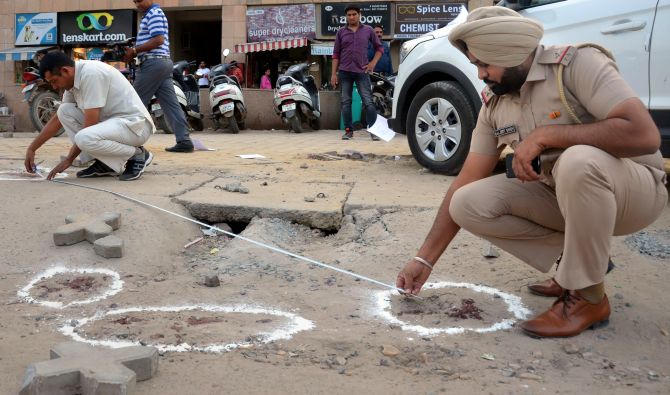 The wife of additional sessions judge, who was shot at by his gunman in a crowded market area in Sector-49 in Gurugram on Saturday, has succumbed to her injuries.
Gunman Mahipal was arrested after he shot at the wife Ritu and son Dhruv of Additional Sessions Judge Additional Sessions Judge Krishan Kant yesterday.
Ritu had suffered bullet injury in her chest, while Dhruv in his head.
Mahipal had been working as the Judge's gunman for 1.5 years.  -- ANI
« Back to LIVE