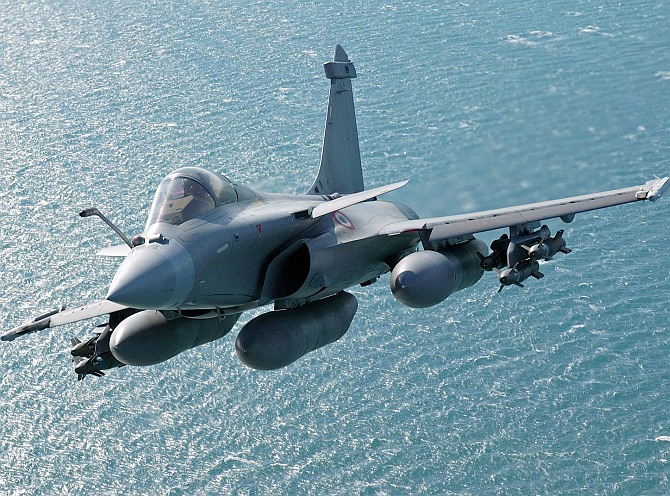 The Supreme Court Wednesday asked the Centre to provide details of the decision making process in the Rafale fighter jet deal in a sealed cover. The apex court bench comprising Chief Justice Ranjan Gogoi and Justices SK Kaul and KM Joseph, however, made it clear it does not want information on pricing and technical details of the deal with France. "The Rafale deal pertains to national security and such issues cannot be reviewed judicially," the Attorney General told the SC.


The court was hearing various petitions seeking directions, including asking the Centre to reveal details of the Rafale deal and the comparative prices during the UPA and NDA rule in a sealed cover to the apex court.


The court sought information from the Centre by October 29 and fixed PILs for hearing on October 31.


Congress leader and RTI activist Tehseen Poonawala has withdrawn his PIL against the Rafale fighter jet deal. The Centre opposed the Rafale PILs and sought their dismissal on grounds that they have been filed to gain political mileage. The SC clarifies it is not taking into account allegations made in petitions.
« Back to LIVE