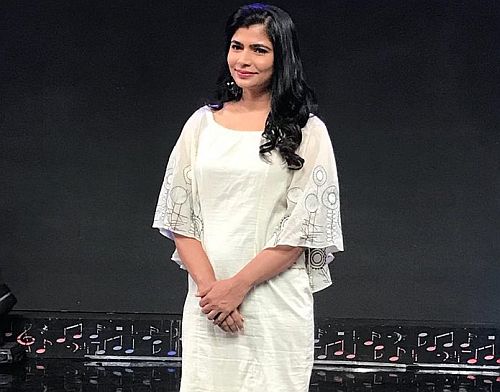 The #MeToo movement has hit the Tamil cinema industry with a number of women including noted singer Chinmayi Sripaada Wednesday levelling allegations against veteran lyricist Vairamuthu. Sripaada, who has crooned a number of songs including for Oscar winner AR Rahman, alleged inappropriate conduct by the poet against her during a foreign tour sometime in 2005 or 2006.


Vairamuthu, who had recently courted controversy for his reported remarks against Vaishnavite saint Andal, said he was being "repeatedly insulted" in the recent past and the #MeToo allegations were one among them.


"The indecency of defaming known persons is becoming a fashion across the country. Of late, I have been repeatedly insulted and this is one of those. I ignore anything that is far from truth. Time will tell the truth," he wrote on Twitter.


The allegations against Vairamuthu, a celebrated National award-winning lyricist, have surfaced following Sripaada and a journalist sharing allegations of inappropriate conduct by him on Twitter. Most of the women who had made the accusations have either remained anonymous or their identities have been withheld by the two. Sripaada herself claimed inappropriate conduct towards her by Vairamuthu, even as she shared experiences of other women, some of whom narrated incidents that allegedly happened when they were in their late teens. Sripaada, in a reply to Vairamuthu's statement, simply wrote: "Liar."  -- PTI