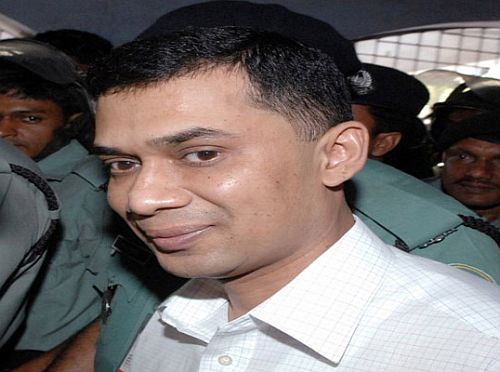 A special court in Dhaka Wednesday handed a life sentence to the son of former prime minister and opposition leader Khaleda Zia in the 2004 Awami League rally attack that killed 24 people and injured 500 others, including the then opposition leader and current PM Sheikh Hasina,


As per the investigations, an influential quarter of the then BNP-led government, including Rahman, had pioneered and sponsored the attackers, the operatives of militant Harkatul Jihad al Islami.


Rahman was declared a fugitive and was tried in absentia with the court. At present, Rahman resides in London and is believed to have sought asylum. His immigration status has not been revealed by the British authorities.


Image: Tarique Rahman was tried and sentenced in absentia.
« Back to LIVE