« Back
EC makes it must for candidates to publicise their criminal antecedents
October 10, 2018  22:29 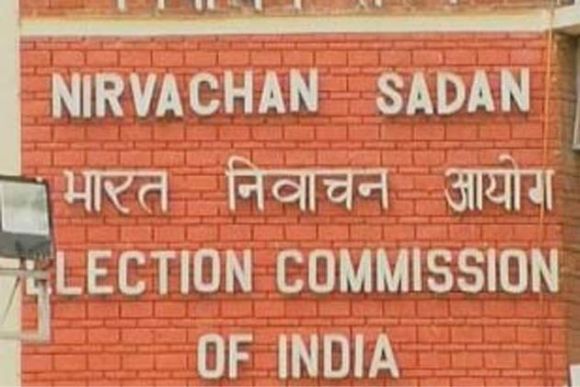 The Election Commission on Wednesday made it compulsory for candidates contesting polls to advertise their criminal antecedents in TV and newspapers at least three times during electioneering.
According to directions issued on Wednesday, political parties too will have to give publicity to the criminal records of candidates fielded by them.
This means that candidates and parties contesting the elections to be held in Madhya Pradesh, Rajasthan, Chhattisgarh, Mizoram and Telangana in November-December will have to publicise their criminal records at least on three different dates in widely circulated newspapers and popular TV channels during campaign period.
Candidates who do not have records have to mention that. The candidates will now have to fill up an amended form (number 26).
They will have to inform parties about their antecedents such as cases in which they have been convicted and cases pending against them.
The parties, the EC said, will be 'obliged' to put the information about the candidates on their websites.
Though the EC direction is silent on whether the candidates will have to pay from their pocket for the publicity, a senior functionary said since it's a poll-related expenditure, the candidates will have to bear the cost.
Parties which fail to comply, face the prospects of getting their recognition withdrawn or suspended.
Candidates have to submit clippings of their declaration published in papers and parties have to submit details about the number of such candidates in a state.
The poll panel's directions are based on a Supreme Court order which said that candidates contesting polls should repeatedly advertise their criminal antecedents in print and electronic media after filing nomination papers so that the people can make an informed decision.  -- PTI
« Back to LIVE