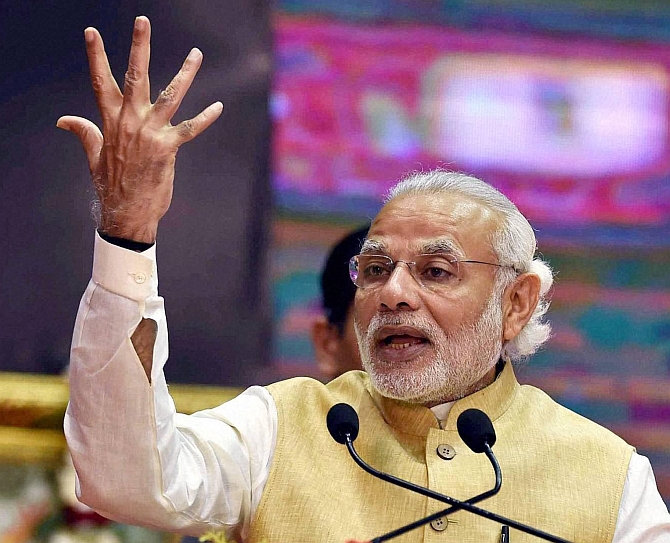 Prime Minister Narendra Modi Wednesday accused the Congress of dividing the society for the benefit of one family while asserting that the BJP believes in spreading happiness and uniting people.


His remarks attacking the Congress at an interaction with BJP workers of five Lok Sabha constituencies came against the backdrop of exodus of migrants from Gujarat for which the saffron party has blamed its rival.


With assembly elections in five states ahead, Modi claimed that it was not a matter of ego for his party to defeat others but an opportunity to serve people.


"When you try and connect everything to elections, like unveiling the statue of Sir Chhotu Ram or Swachh Bharat Mission, it reduces the importance of the event," he said, adding that the BJP is doing social service and will continue doing it. -- PTI
« Back to LIVE