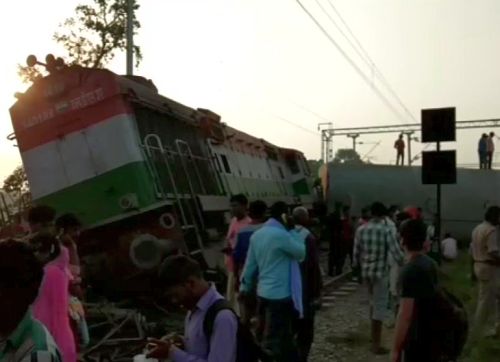 At least four people were killed as five coaches and the engine of the New Farakka Express derailed near Rae Bareli in Uttar Pradesh on Wednesday morning, Divisional Railway Manager (DRM) of Northern Railway Satish Kumar said.
The accident took place near Harchandpur at around 6.05 am, he said.
A team of doctors in an accident relief medical van has been rushed to the site in Lucknow and emergency helpline numbers have been set up at the Deen Dayal Upadhyaya junction, Mughalsarai, officials said.
All up and down lines on the route have been blocked and officials suspect that the number of casualty may rise.
Meanwhile, sources said Chairman Railway Board Ashwani Lohani was on his way to the accident site. -- PTI
« Back to LIVE