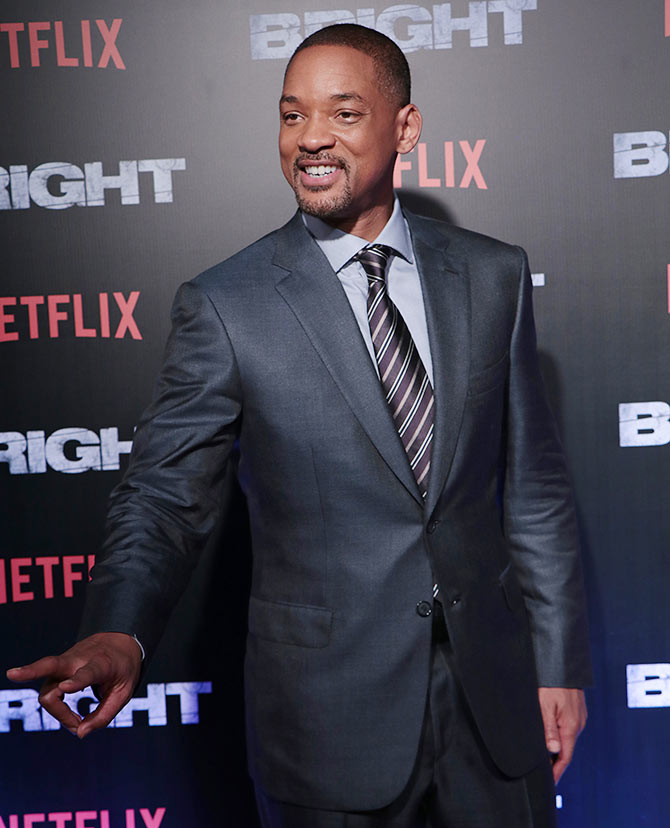 American star Will Smith, who was in Mumbai to attend an event, made an appearance on the sets of Koffee with Karan and it seems like the star is ready for his 'Koffee' debut.
The dynamic duo of Ranveer Singh and Akshay Kumar shot for their Koffee episode recently, with Smith gracing the sets.
From then, speculations are doing the rounds that the Ranveer-Akshay episode may feature the rapper as well.
The host of the show and producer-director Karan Johar shared a snap of Smith, Ranveer and himself on Instagram, captioned 'Where there's a WILL there's a way!!!! @ranveersingh @willsmith shot today at the superb #sohohousemumbai.'
Earlier, the Men in Black star attended an event with actor Farhan Akhtar, where he was seen shaking a leg to Punjabi beats.
Akhtar shared a video of the 'Suicide Squad' dancing.
He wrote, 'What an awesomely and effortlessly cool man .. won all hearts with his candor and wit. and boy, can he bust some Bhangra moves. #funtimes chatting with @willsmith at the #htleadershipsummit. #gotoguywhenaliensattack.'   -- ANI
« Back to LIVE