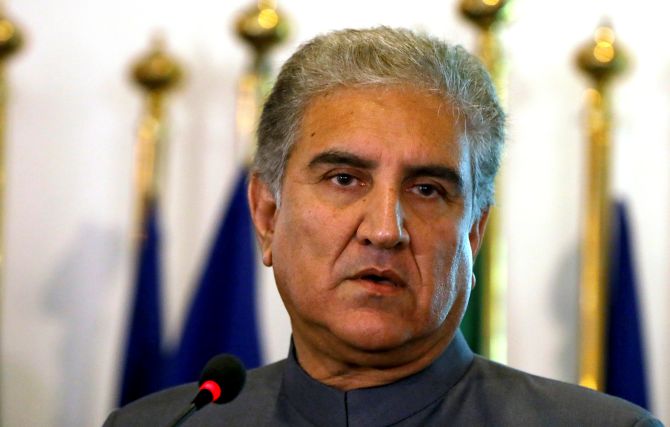 Pakistan's Foreign Minister Shah Mehmood Qureshi on Saturday said the United States should not view its relations with the country only through the perspective of the ties with India or the Afghan issue.
He also said it would be wrong to expect that all differences between the US and Pakistan could be resolved in one day, the Dawn reported.
Qureshi said regional situations evolve and requirements change, but Pakistan's contribution for peace and stability in the region should be acknowledged.
"It will not be appropriate to view our (US-Pak) relations going as far back as seven decades from the Afghan perspective or the Indian lens," he told reporters in Multan after returning from his 10-day visit to the US.
The foreign minister said he had tried to make his American counterparts realise this.
Qureshi, who had met US Secretary of State Michael Pompeo and National Security Adviser John Bolton in Washington, said the Foreign Office will continue its efforts to represent Pakistan effectively on international fora.  -- PTI
« Back to LIVE