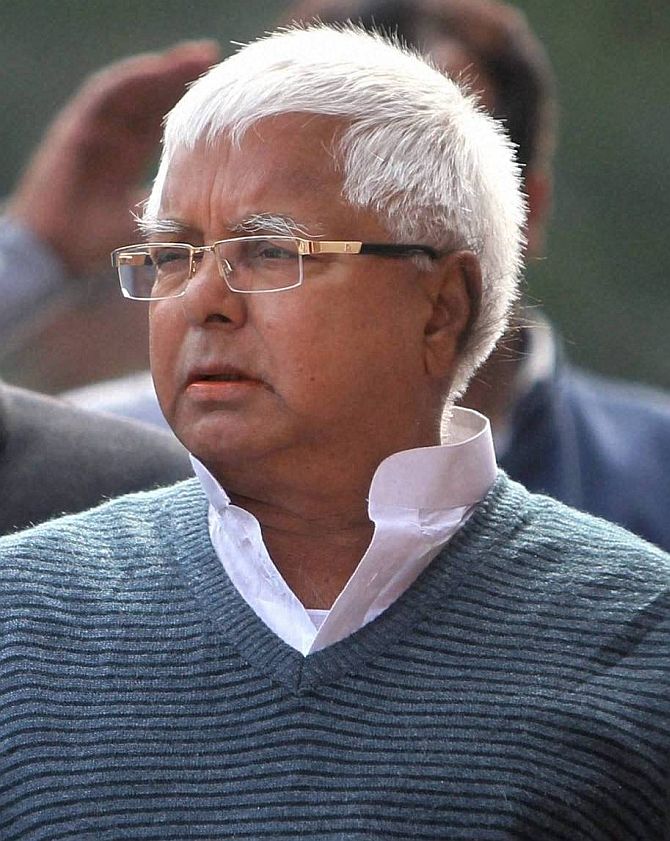 Saturday was a day of mixed verdict for Bihar leader Lalu Yadav, who is currently in jail. While his son Tejashwi Yadav and wife Rabari Devi managed to get regular bail from the CBI court they could not get provisional bail from the Enforcement Directorate court in the IRCTC case, in which the entire family is facing charges.
There was also no bail for Lalu Yadav himself. Lalu Yadav has been in jail since December last year in three cases of fodder scam. His lawyers admit in private that with bail pending on the five cases, there's little hope that he would be campaigning for next year's Lok Sabha elections.
Lalu Yadav was sentenced from four years to 14 years in jail and the Central Bureau of Investigation, which moved Jharkhand High Court, seeking a longer sentence against him, has objected to his bail. Accused in six separate fodder scam cases, he is on trial in two of them and stands convicted in four cases. In one case he got the bail in December 2013,
In all three cases up for hearing on Saturday, the 72-year-old leader's bail plea was rejected by the Jharkhand High Court. His plea for bail is now pending in the Supreme Court.
CBI officers say even though in the hearing the Jharkhand High Court will take time, the court is unlikely to grant him bail as he has not severed the mandatory 50 per cent of his sentence, which would be two-and-a-half years.
« Back to LIVE