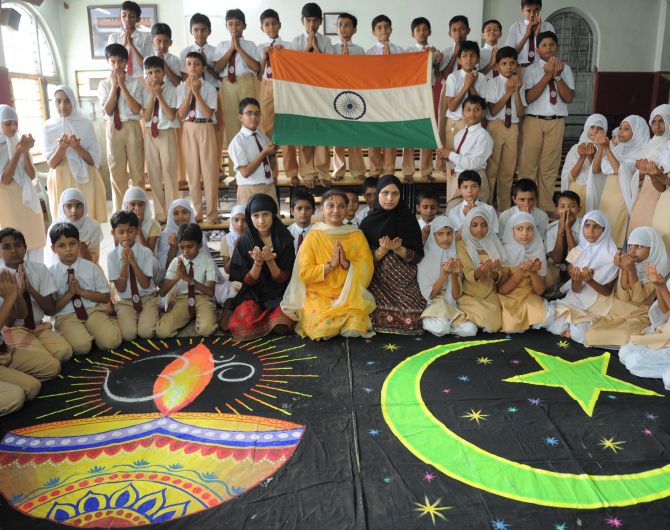 Religious freedom is under threat in one of every five nations around the globe, in part because of an increase in "aggressive ultranationalism", a Catholic NGO said in a report.
Aid to the Church in Need found incidents of religious persecution in 21 countries in the two years to June 2018, including Niger, Myanmar, India and China.
Acts of discrimination were reported in 17 other countries such as Algeria, Turkey and Russia, it said.
It was the 14th edition of the aid group's report covering all religions in 196 countries, carried out every two years with the assistance of independent journalists.
"We've observed a trivialisation of attacks on religious freedom," said Marc Fromager, head of the NGO's French chapter, at a press conference in Paris.
Of the 38 countries where freedom is threatened, he said the situation has worsened in 18 of them, "in particular in two of the most populous countries in the world, China and India." "This hostility toward minorities has worsened to the point that we can qualify this as aggressive ultranationalism," he said.
In China, for example, Fromager said churches have been destroyed and Uighur Muslims have been forbidden from observing the holy month of Ramadan, while Tibetan Buddhists continue to face persecution.
The report noted an easing of tensions in Syria and Iraq following the weakening of the Islamic State group, which has allowed some Christians to return to their homes.
« Back to LIVE

How Biocon plans to fight COVID-19

'I cannot cope with the demand. It will take us a couple of months to ramp up production.'

Cricket Australia (CA) said on Tuesday it had agreed with the West Indies Cricket Board to postpone the Twenty20 series against the Caribbeans scheduled in October. Australia were to host West Indies in three warmup matches in Queensland...

MFs you must buy, exit or hold

'Does a secular nation not believe in its ancestry? The Constitution has a photo of Ram also.'