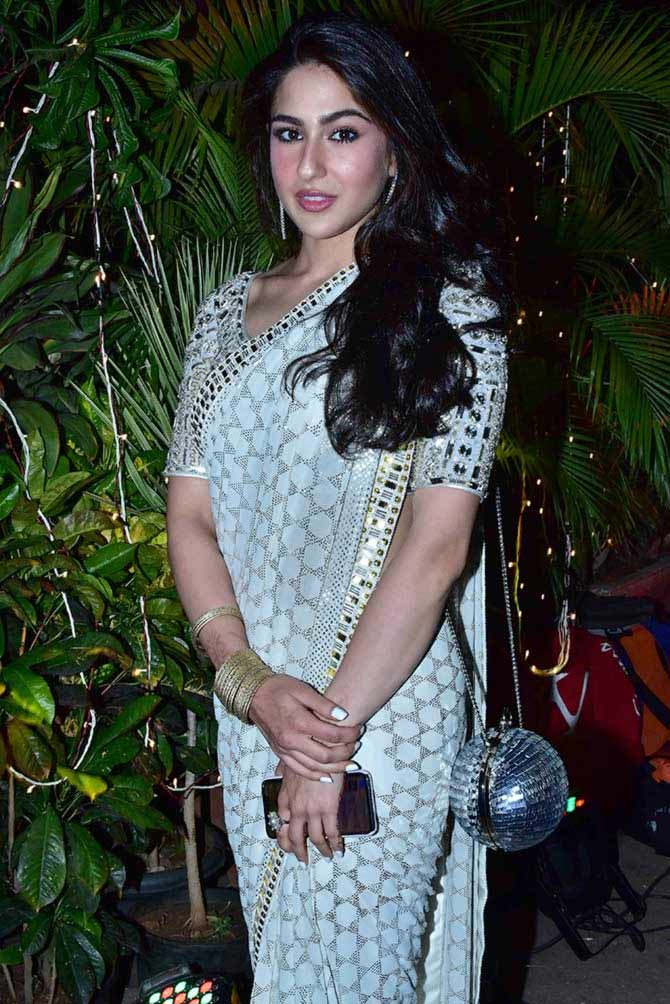 Actor Sara Ali Khan says she is in awe of Kareena Kapoor's professionalism and going forward wants to imbibe the same. Daughter of Saif Ali Khan and Amrita Singh, Sara says the way Kareena, who married Saif in 2012, carries herself is amazing.


"I think Kareena is extremely professional. The way she does her work, it's amazing. So I would want to imbibe her professionalism," Sara told reporters. The actor was speaking at the trailer launch of her debut film "Kedarnath".


The romantic-drama is directed by Abhishek Kapoor and features Sushant Singh Rajput as male lead. Sara said her father always wanted her to first finish her studies before entering the film industry.


"My father used to say I should finish my studies first before entering films. He was fully supportive if I wanted to do films but wanted me to study first. When I got a chance to be a part of 'Kedarnath', I liked the script so much I knew I had to do it," she said. The actor already has her second film, Rohit Shetty's "Simmba", lined up for release. -- PTI
« Back to LIVE