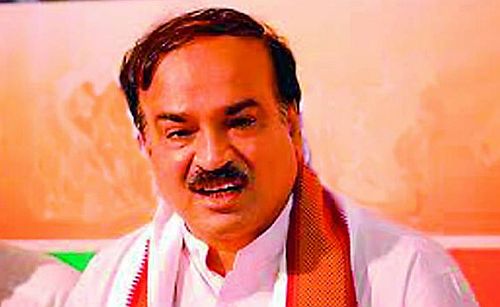 The national flag will fly at half mast throughout the country on Monday as a mark of respect to Union Minister Ananth Kumar, who passed away in the early hours, the Home Ministry announced. The Central government will also accord a state funeral to the Union Parliamentary Affairs Minister.


"Following the unfortunate demise of Union Minister Ananth Kumar, it has been decided that the national flag will fly at half mast throughout the country today and a state funeral will be accorded," a Home Ministry spokesperson said.


Kumar died at a private hospital in Bengaluru in the early hours of Monday after battling lung cancer for several months. A six-time MP, Kumar was in the inner circle of the central leadership of the BJP -- be it during the heydays of Atal Bihari Vajpayee or L K Advani and now Narendra Modi. --  PTI
« Back to LIVE