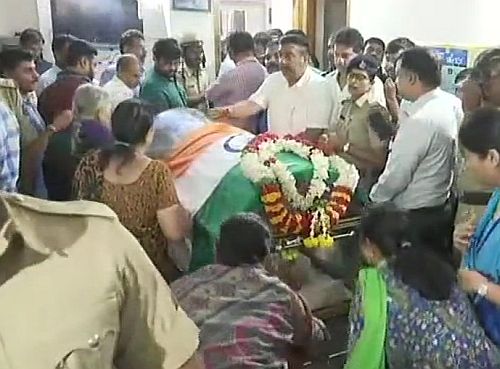 The last rites of Union minister Ananth Kumar, who passed away in Bengaluru Monday, will be performed on Tuesday afternoon, Karnataka BJP said. The mortal remains of Kumar was placed at his residence in Basavanagudifor the entire day today, state BJP General Secretary N RaviKumar said in a statement. He said, by 8 am on Tuesday, it would be taken to Jagannath Bhavan, BJP state office at Malleshwaram, where arrangements would be made for party workers and his followers to pay their last respects.


Kumar's body would then be taken to National College Ground in the city for public to pay their respects, and the last rites would be performed at 1 pm at Chjamarajapete crematorium, the statement added.


Kumar died at a private hospital in Bengaluru in the early hours of Monday after battling lung cancer for several months. PTI
« Back to LIVE