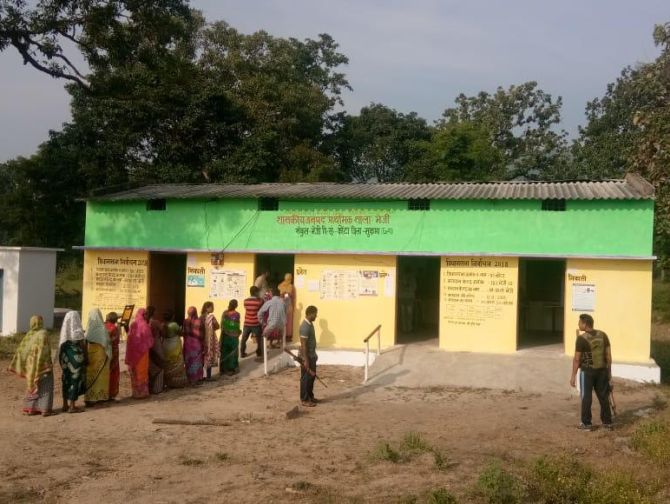 The Election Commission said that a voting turnout of 70 per cent was recorded in the first phase of Chhattisgarh elections.
"Figures will be updated later," Umesh Sinha of EC said.
According to news reports, the lowest polling percentage was recorded in Dantewada
Whereas Naxal-affected Bastar district recorded 58 per cent voting.
More details awaited.
« Back to LIVE