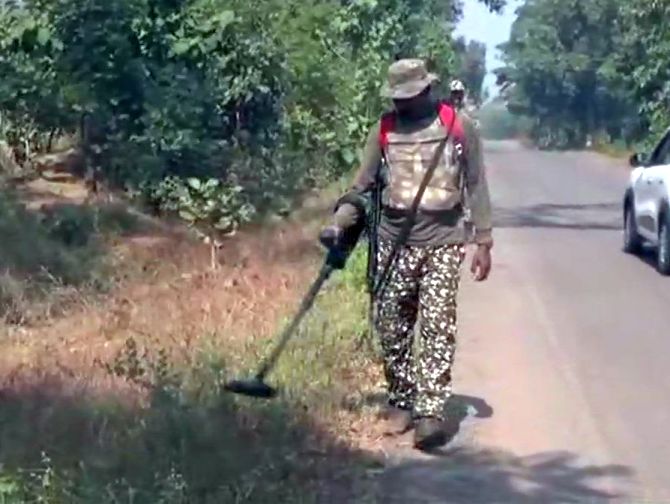 Minutes before the polling for first phase of the Chhattisgarh assembly elections, an improvised explosive device of 1-2 kilograms was exploded by the Naxals near Tumakpal camp in Katekalyan block of Chhattisgarh's Dantewada district.
The blast triggered when troops of 195 Battalion of the Central Reserve Police Force were approaching polling booth at 6:20 am.
No injury or loss of life has been reported.
On Sunday, a Border Security Force personnel was killed in an IED blast in Kanker's Koyalibeda area of Chhattisgarh.
Naxalites have called for a boycott of polls in the state and have executed half a dozen attacks in the last 15 days, three of them major ones which left 13 people dead including a camera-person of national broadcaster Doordarshan who was covering the election campaign.
Keeping in view the growing terror of Naxals in Chhattisgarh, tight security arrangements have been made in several sensitive areas of the state to ensure peaceful elections.
« Back to LIVE