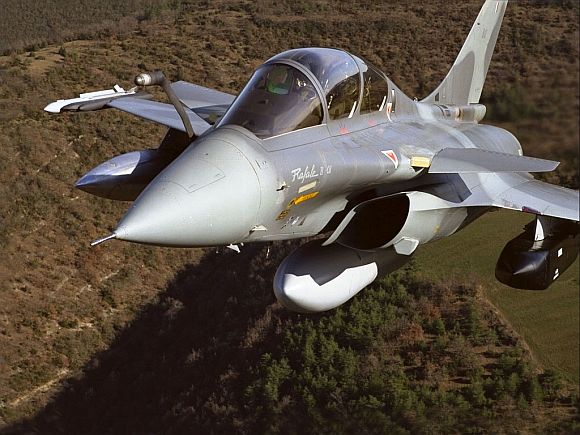 The Centre on Monday complied with a Supreme Court order and handed over to petitioners, who sought a court-monitored CBI probe into the procurement of 36 Rafale fighter jets from France, the document detailing the decisions taken to procure the aircraft.


The documents said the Indian Negotiating Team was constituted which conducted negotiations with the French side for about an year and approval of the Cabinet Committee on Security, being the Competent Financial Authority, was taken before signing the Inter Government Agreement.


The document was supplied to the petitioners as per the apex court's October 31 order. The top court had said details, including the steps in the decision making process for the procurement of jets, which could "legitimately" be brought into public domain, be made available to the parties who have filed petitions before it in the matter.


It had also asked the Centre to place before it in a sealed cover within 10 days the pricing details of 36 Rafale fighter jets India is buying from France. The apex court, which had posted the matter for hearing on November 14, had categorically told the Centre that if the pricing detail was "exclusive" and could not be shared with the court then the Centre should file an affidavit in this regard and say so. -- PTI
« Back to LIVE