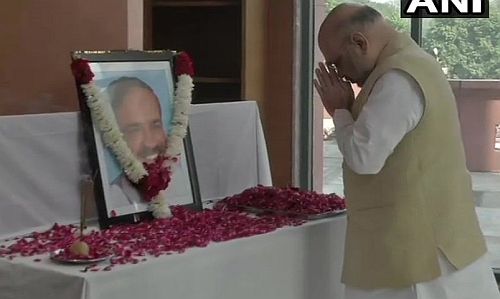 BJP President Amit Shah pays a floral tribute to Union Minister Ananth Kumar at the party headquarters in New Delhi. The national flag will fly at half mast throughout the country on Monday as a mark of respect to the Union Minister who passed away in the early hours, the Home Ministry announced. The Central government will also accord a state funeral to the Union Parliamentary Affairs Minister.
« Back to LIVE