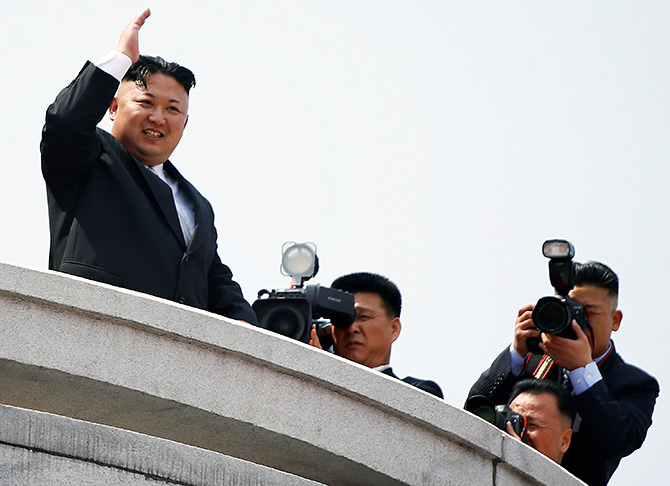 North Korean leader Kim Jong-un is likely to pay a visit to Russia this month, South Korea's top diplomat said on Monday.
Woo Yoon-keun, the South Korean ambassador to Russia, said that although North Korea and Russia may not have reached an agreement on Kim's visit, the trip could happen by this month " in consideration of several circumstances", Yonhap News Agency reported.
"Russia has asked for Kim's visit within this year and expects it to happen. But North Korea seems to be weighing the time and place while looking into the agenda and possible agreement with Russia," Woo said.
In May, Russian Foreign Minister Sergei Lavrov had delivered a letter from Russian President Vladimir Putin to Kim in Pyongyang inviting the latter to attend the Eastern Economic Forum in Vladivostok or pay a separate visit to Russia.
Recently, officials from both the countries made trips to North Korea and Russia, leading to speculations that Kim is planning to embark on a visit to Russia in November or December and meet Putin.
Earlier, the Russian government had confirmed that the two leaders will have a summit this year.
-- ANI
« Back to LIVE