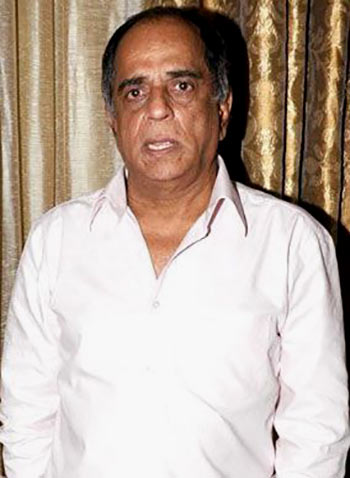 Former censor board chief and filmmaker Pankaj Nihalani moved the Bombay high court on Monday against a Central Board of Film Certification order directing 20 cuts in his soon-to-release production venture, Rangeela Raja.
Nihalani, in his petition, said the suggestion of the CBFC was unjustified and uncalled for as he firmly believed that the film was not vulgar in any manner.
The filmmaker also hit out at the present head of the CBFC, Prasoon Joshi, and said he was 'politically motivated'.
He further alleged that when a film was submitted for certification, the screening committee of the board took about 21 days to decide.
However, in this case, it took 40 days.
On November 2, the committee passed an order, asking for various cuts to be made in the film.
The petition is likely to come up for hearing on Tuesday before a vacation bench of the high court.
Nihalani's tenure as CBFC chief was marred with controversies as various flmmakers had accused him of asking for arbitrary cuts in their films, leading to him being replaced by Joshi.
With Rangeela Raja, Nihalani re-unites with actor Govinda after 25 years.
They have earlier worked together in films like Ilzaam, Shola Aur Shabnam and Aankhen.  -- PTI
« Back to LIVE