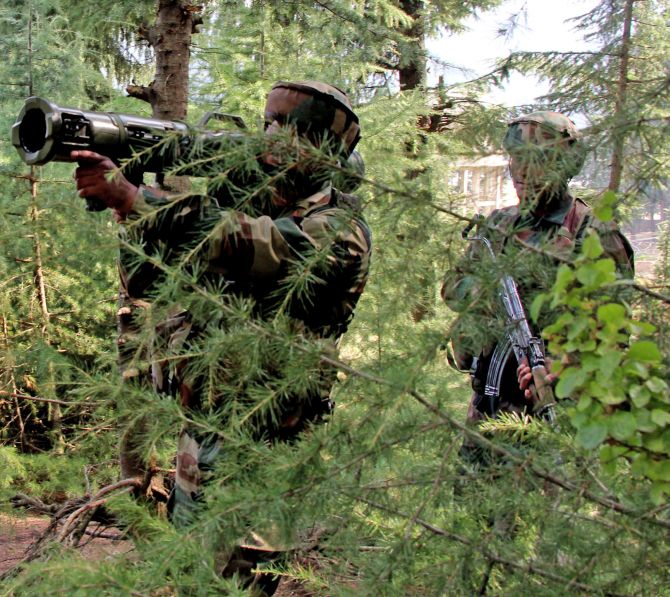 Two Hizbul Mujahideen terrorists, including an army deserter, were on Tuesday killed in an encounter with security forces in Shopian district of Jammu and Kashmir, police said.
Security forces launched a cordon and search operation in Safanagri area of Zainapora of south Kashmir in the pre-dawn hours of Tuesday after receiving credible inputs about the presence of terrorists in the area, a police spokesperson said.
He said as the search operation was going on, the hiding terrorists fired on the search party of the forces.
The spokesperson said the forces retaliated the fire, leading to an encounter in which two terrorists were killed.
The slain ultras have been identified as Mohammad Idrees Sultan alias Chota Abrar, a resident of Safanagri Shopian and Amir Hussain Rather alias Abu Sobaan, a resident of Awneera Shopian.
The spokesperson said Sultan was a deserter from the Indian Army and had joined the terrorist ranks in April this year.
"No collateral damage took place during the operation," he said.
Incriminating materials, including arms and ammunition, were seized from the site of the encounter, he said.
-- PTI
« Back to LIVE