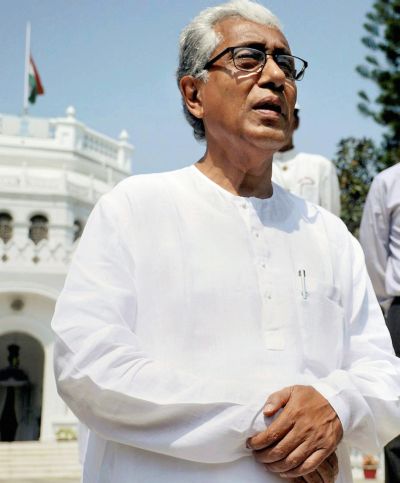 Former Tripura Chief Minister Manik Sarkar has flayed the NDA government at the Centre for allegedly failing to keep its poll promises and "misleading" the people on many issues like GST and demonetisation.


"Before coming to power four years ago, it (BJP) had promised that Rs 15 lakh will be deposited in everyone's bank account .. the government has even failed to release the list of black money holders," the senior CPI(M) leader said while delivering a lecture on "Manifestation of Perfection: Idealism in Politics" in Bhubaneswar yesterday.


Slamming the Narendra Modi government over demonetisation and GST, Sarkar said the demonetisation move was a myopic one, while implementation of GST had shattered the backbone of small business in the country.


Accusing the Centre of failing to keep the promise of providing employment to two crore people in a year, the veteran left leader said it was unable to provide even two lakh jobs.  -- PTI
« Back to LIVE