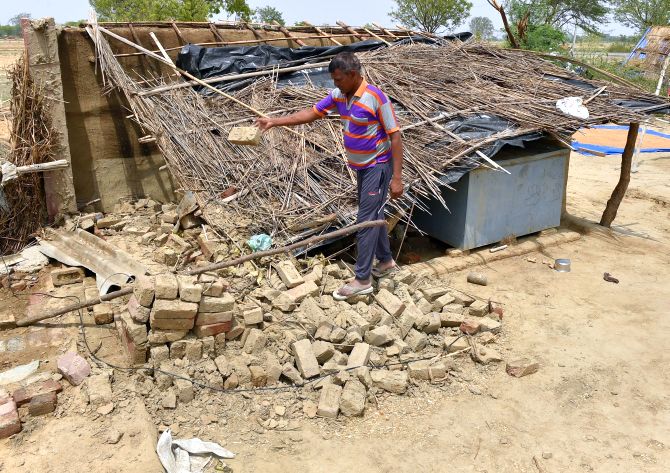 Thunderstorms and rain are likely in at least 13 states and two union territories today, the Union home ministry has said in an advisory on Sunday.
Schools in Haryana have been asked to remain closed over the next two days.
The home ministry alert comes after 124 people died and over 300 were injured in thunderstorms and lightning that hit five states last week.
Heavy rain is very likely at isolated places in six northeastern states --- Assam, Meghalaya, Nagaland, Manipur, Mizoram and Tripura today, according to the Indian Meterological Department.
While thunderstorm and squall is likely at isolated places in Haryana, Chandigarh and Delhi today, dust storms have been predicted for parts of Rajasthan. Haryana's education minister Ram Bilas Sharma announced that schools will be closed in state on Monday and Tuesday.
« Back to LIVE