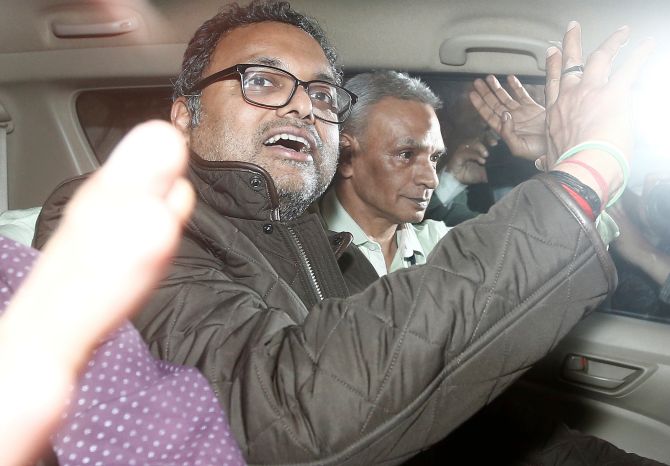 Delhi High Court grants bail to Karti Chidambaram in the INX Media case.
The bail conditions say that he cannot travel abroad and has to furnish a bail bond of Rs 10 lakh. Details awaited.


The court had reserved the verdict on March 16 after hearing arguments on behalf of former union minister P Chidambaram's son, Karti, and the CBI which had opposed grant of the relief to him.

The CBI had contended that he should not be granted bail as he has already destroyed evidence in the case and was an "influential" person.

Karti's counsel had argued that no case under the Prevention of Corruption Act was made out against him since the had neither questioned any public servant, nor made them an accused in the matter.
« Back to LIVE