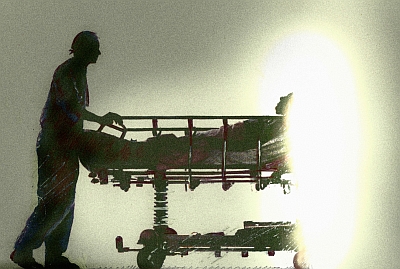 The Supreme Court will pronounce its verdict on Friday on a plea seeking legal sanction for passive euthanasia under which a person suffering from a terminal disease and in his/her last stage of life with no chance of recovery is allowed not to sustain life through artificial support system.
A five-judge constitution bench, headed by Chief Justice Dipak Misra, will decide whether 'living will' of a person should be recognised in which a person can make a statement in advance that her life should not be prolonged by putting her on ventilator or artificial support system.
The petitioner, NGO 'Common Cause', had approached the court seeking a direction for recognition of 'living will' and contended that when a medical expert said that a person afflicted with terminal disease had reached a point of no return, then she should be given the right to refuse being put on life support.
The Centre, however, had told the court that the government had in principle decided to decriminalise attempt to suicide which at present is an offence punishable by up to one year jail term under Section 309 of Indian Penal Code.
« Back to LIVE