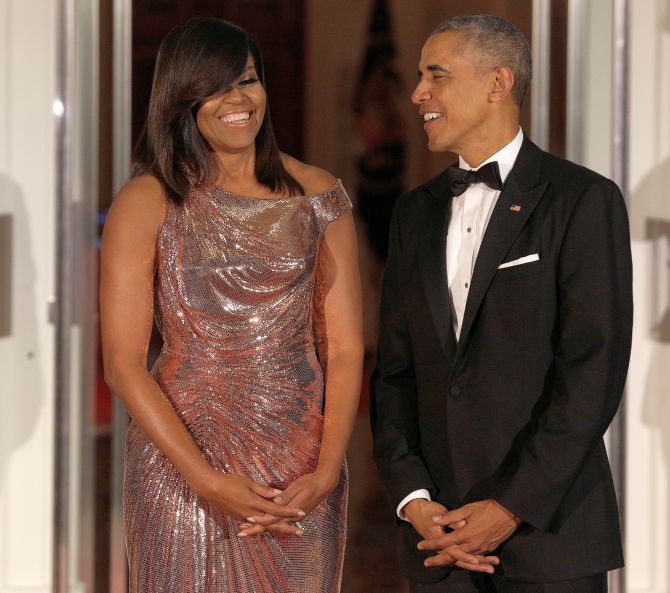 Former US president Barack Obama and his wife, Michelle, are in negotiations with streaming giant Netflix to produce an original series.
According to The New York Times, the show would provide the couple with a platform to tell "inspirational stories" to the millions of subscribers of Netflix.
The report said that a deal has not yet been struck between the Obamas and Netflix.
A possible idea for the new show would feature Obama moderating conversations on topics that dominated his presidency such as health care, immigration and climate change.
"President and Mrs Obama have always believed in the power of storytelling to inspire," Eric Schultz, Obama's senior advisor, told the Times.
"As they consider their future personal plans, they continue to explore new ways to help others tell and share their stories," he added.
-- PTI
« Back to LIVE