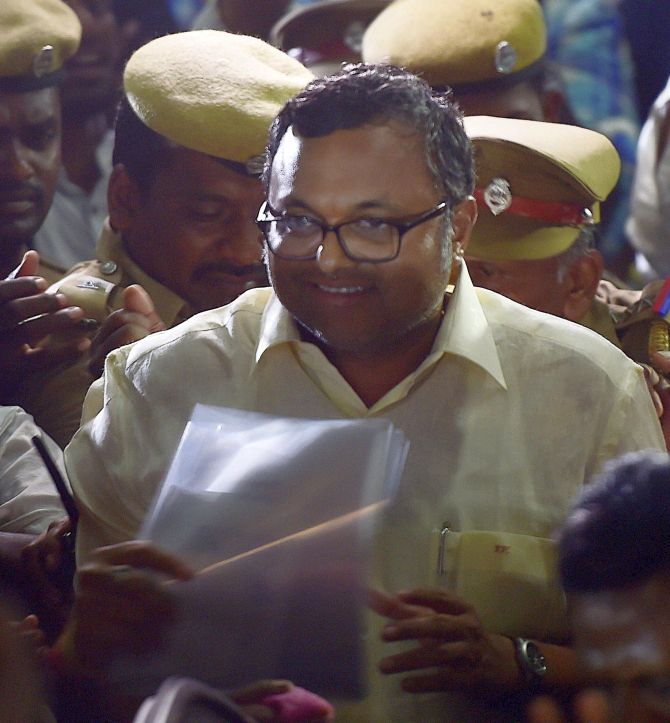 The CBI today produced Karti Chidamabaram, son of senior Congress leader P Chidambaram, before a Delhi court in the INX Media money laundering case, and sought his custody for six more days. The three-day custody granted to Karti by the court ended today.


The court also extended the judicial custody of Karti's CA S Bhaskararaman, who was arrested by the Enforcement Directorate in the case, till March 22.


In his plea, Karti, who was arrested by the CBI at Chennai Airport on February 28, claimed that he had never attempted to influence witnesses, tamper with documentary evidence, pollute or obstruct the judicial process as was alleged by the probe agency.


Earlier, he sought bail from the court alleging that the CBI was acting at the behest of the Centre to malign the reputation of his father during whose tenure Foreign Investment Promotion Board (FIPB) clearance was granted to the INX Media group.
« Back to LIVE