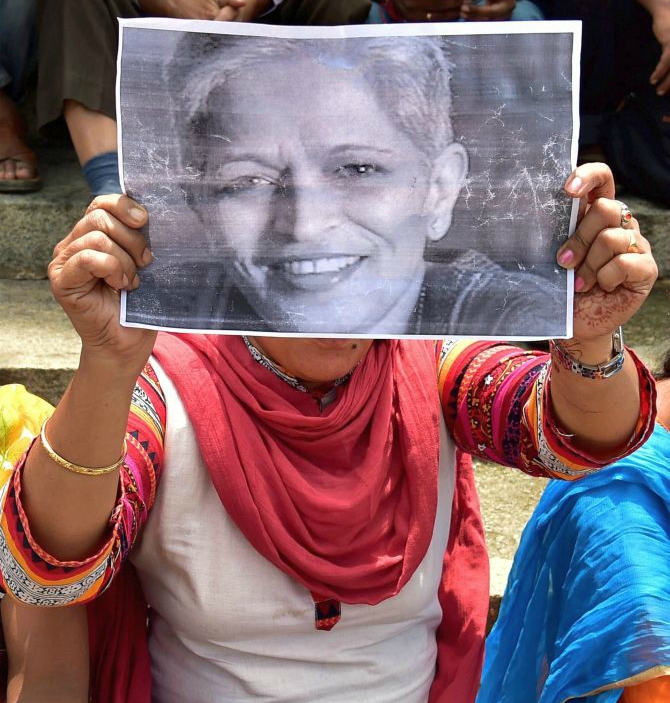 A Special Investigation Team has been granted custody of suspected accused K T Naveen Kumar today in connection with the murder of journalist and activist Gauri Lankesh.


On March 3, the Karnataka Police had taken Naveen Kumar into police custody for questioning in connection with the case.


According to media reports, Naveen was caught by the crime wing of the state police's central crime branch on February 18.


A reward of Rs. 10 lakh had also been announced for leads that lead to the arrest of the murderers. Gauri was shot dead by unknown assailants outside her residence in Bengaluru on September 5, 2017.
« Back to LIVE