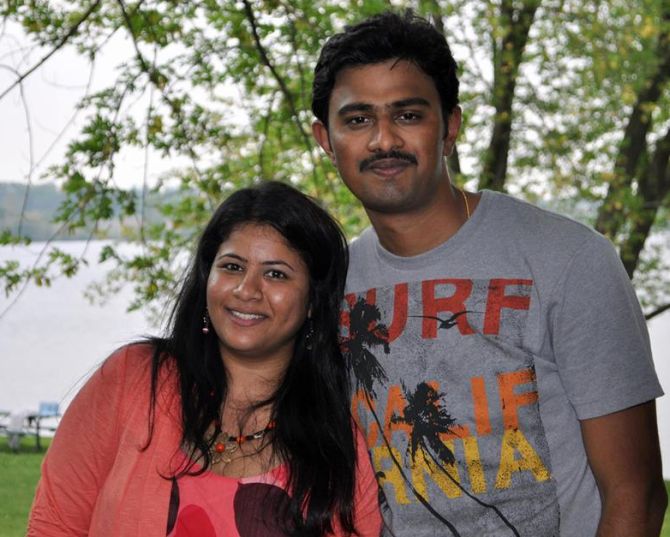 A US Navy veteran charged with killing of Indian techie Srinivas Kuchibhotla and injuring two others at a suburban Kansas City bar last year, today pleaded guilty to premeditated first-degree murder.
Adam Purinton, 52, pleaded guilty before a Kansas court.
He was charged with first-degree murder of Srinivas Kuchibhotla, 32, and two counts of attempted first-degree murder in the shootings of his friend, Alok Madasani, and a bystander, who chased Purinton after he fled the Austin's Bar and Grill in Olathe city on February 22, last year.
Puriton had pleaded not guilty on all these charges and waived his preliminary hearing in late November 2017.
Kuchibhotla's widow welcomed the guilty plea.
-- PTI
« Back to LIVE

A civic official said that the building, situated at Patel compound of Narpoli near Dhamankar Naka, collapsed at 3.40 am, while the residents were asleep.