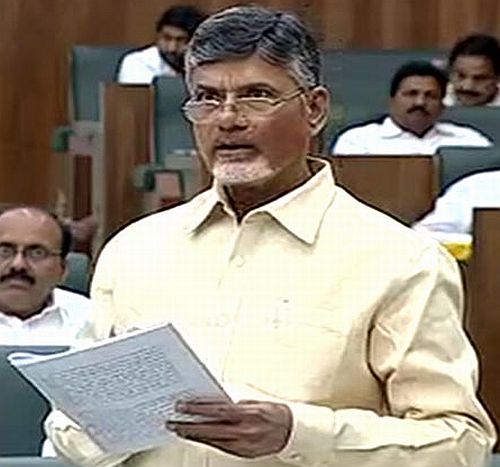 
While asking the BJP to deliver its promise of giving 'special category status' to the state, Naidu said Congress president Rahul Gandhi has also offered to do the same if they come to power.


In his address at the Andhra Pradesh Assembly session, Naidu said, "Rahul Gandhi is saying they will give 'Special Category status' to Andhra Pradesh if they come to power. Why are you (BJP) not responding to the needs of your alliance partner?"


Earlier on Tuesday, the Congress president said if the party emerges victorious in 2019, the first thing he would do is grant special category status to Andhra Pradesh.The BJP and its Andhra ally TDP have been sharing a sour relationship following the announcement of the Union Budget 2018-19.The TDP has been alleging that the Centre has not allotted 'enough fund' to the state in the budget. -- ANI
« Back to LIVE