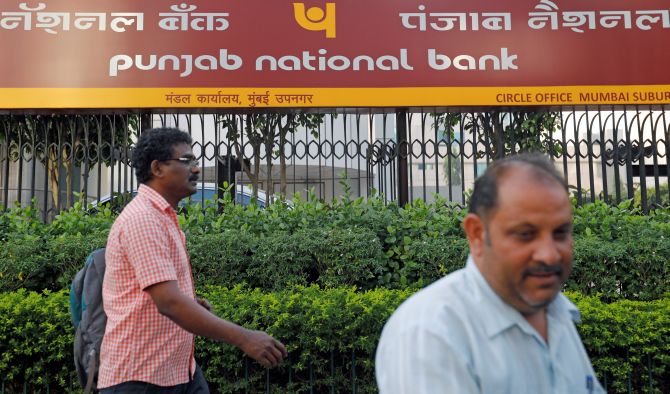 Punjab National Bank Managing Director and CEO Sunil Mehta today appeared before the Serious Fraud Investigation Office in Mumbai after being summoned for recording his statement in connection with the Rs 12,636 crore fraud at the bank.
Yesterday, officials from Axis Bank and ICICI Bank had also appeared before SFIO, which is the investigating arm of the ministry of corporate affairs.
SFIO is also expected to call officials of nearly 31 banks which have an exposure to the companies of diamond traders Nirav Modi and Mehul Choksi.
It is alleged that they got LoUs and FLCs of Rs 12,636 crore issued in favour of foreign branches of Indian banks based on fraudulent claims. The transactions were carried out from PNB's Brady House branch in Mumbai.
CBI has so far arrested over a dozen persons, including former and current officials of PNB and companies related to Modi and Choksi.
-- PTI
« Back to LIVE