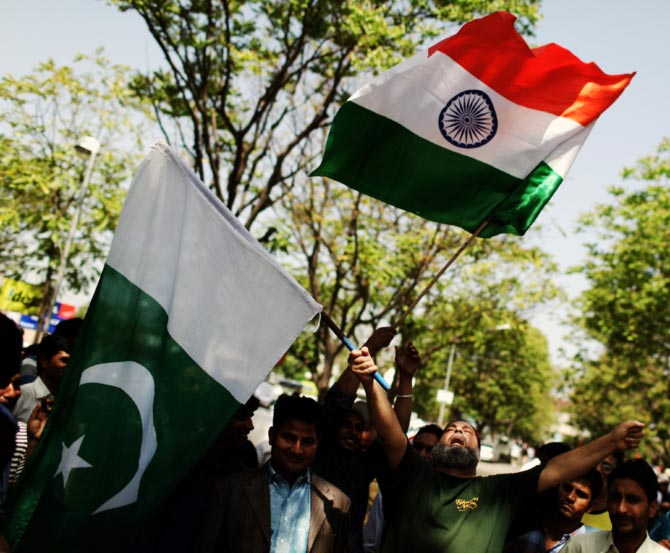 Pakistan said on Wednesday it has approved India's humanitarian proposals about exchange of prisoners, issuance of medical visas and revival of a judicial commission, amid tensions between the two countries.

Foreign Minister Khawaja Asif after consulting with all the stakeholders, has approved the humanitarian proposals, which had been received from the Indian side, regarding the civilian prisoners incarcerated in both the countries, Foreign Office spokesman Mohammad Faisal said.

The first proposal is about 'exchange of three categories of prisoners, women, mentally challenged or with special needs and those above 70 years of age' and the second is about 'revival of the Judicial Committee mechanism'.

It said that third proposal is about 'facilitating the visit of medical experts (from both sides) to meet and examine the mentally challenged prisoners for their repatriation'.

The Foreign Office said that the minister also extended two more humanitarian proposals which include: exchange of prisoners above 60 years of age and the exchange of child prisoners, below 18 years of age.

"The foreign minister expressed the hope that India would positively reciprocate Pakistan's proposals, in the spirit that they have been made," it said.

"He also stated that it was his desire that through such initiatives, Pakistan and India would embark on the road to a comprehensive dialogue, and make a conscious effort to de-escalate the extremely vitiated current environment and the situation on the Line of Control and the Working Boundary."

It was not known when India sent the proposals but the spokesman had said at a weekly media briefing that Indian humanitarian proposals about prisoners were under consideration of Ministry of Interior.  -- PTI
« Back to LIVE