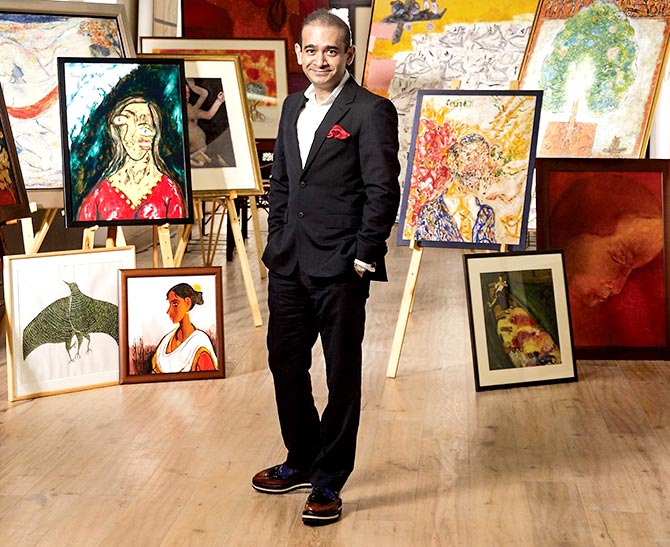 Diamond trader Nirav Modi, accused of pulling off the country's biggest bank fraud, is no longer a part of India's billionaires club. Modi, who had featured in Forbes' 2017 rich list with a fortune of USD 1.8 billion, could not make the cut in this year's rankings.


Forbes said India's billionaire count has increased over last year. According to Forbes, India is home to 119 billionaires, 18 more than last year and the total net worth of this elite club is USD 440.1 billion, a rise of USD 114.6 billion over the year ago period.


This year's list consists of 2,043 of the richest people in the world. The combined net worth of this elite group is a whopping USD 9.1 trillion, up 18 per cent since last year.


Forbes' website describes Modi as the founder of Firestar Diamond, "which claimed to have more than USD 2 billion in sales. He later launched his own Nirav Modi Brand with 14 stores in such locations as Mumbai, Hong Kong, London, Macau and New York". -- PTI
« Back to LIVE