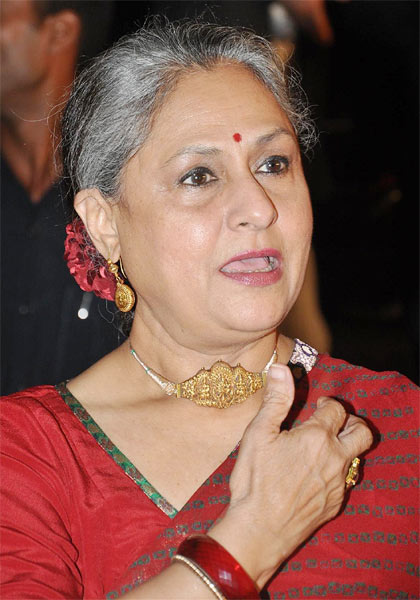 Jaya Bachchan to be the Samajwadi Party candidate from the Rajya Sabha, reports ANI.


The biennial elections will be held on March 23 to replace the 58 Rajya Sabha members who are set to retire later this year.


Bachchan was first elected in 2004 as a Samajwadi Party member of parliament, representing the Rajya Sabha till March 2006. She got a second term from June 2006 until July 2010. She was re-elected in 2012 for the third term.


Commenting on her nomination, party colleague Amar Singh said, ''Jaya Bachchan was consistently loyal to the Samajwadi Party, its system and hierarchy. She has proved to be better a politician than Naresh Agrawal.''
« Back to LIVE