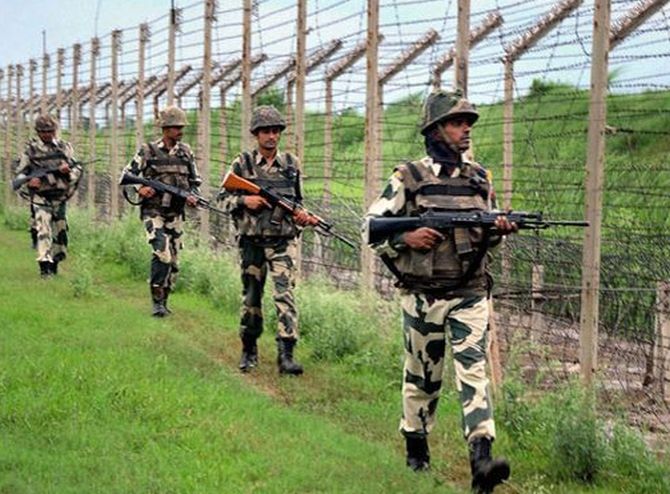 A Border Security Force jawan who forgot to affix 'honourable' or 'Shri' while referring to Prime Minister Narendra Modi has been penalised by the force, which called the mistake "disrespect" to the PM. The constable was handed down a seven-day pay cut.
The incident took place on February 21 inside the BSF's 15th Battalion headquarters in Mahatpur, Nadia in West Bengal, during the zero parade, a routine exercise to account for jawans' daily activities.
According to reports, constable Sanjeev Kumar, who was giving a report of the parade, used the term 'Modi Program' to refer to the parade.
The commanding officer of the battalion, Commandant Anup Lal Bhagat, decided to initiate disciplinary action against Kumar. He was tried summarily and found "guilty" under Section 40 of the BSF Act (prejudicial to good order and discipline of the force).
« Back to LIVE