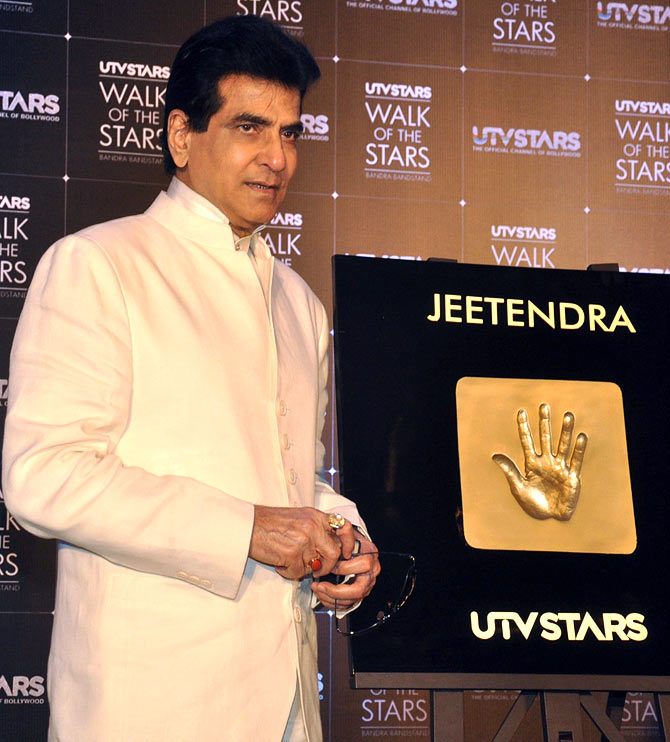 Bollywood actor Jeetendra has been booked by the Shimla Police after he was accused by his cousin of sexually assaulting her 47 years ago, police said.

The woman, in a complaint to the Director General of Police, in February had alleged that the incident took place in Shimla in January, 1971, when she was 18 and the actor was 28.

Superintendent of Police Omapati Jamwal said a first information report had been filed against the star and investigations into the case were underway.

"Police officials are likely to summon the complainant in the case as they have only received her complaint on e-mail and are yet to record her version," sources said.

Later, the actor, whose actual name is Ravi Kapoor, may be summoned to record his version in the case, they said.

The woman said that Jeetendra, who is her aunt's son, had 'arranged' for her to join him from New Delhi to Shimla on the sets of a film he was shooting for.

She alleged in the complaint that after reaching Shimla at night, the inebriated actor went to her room, joined two twin beds and sexually assaulted her.

The actor denied that any such incident had taken place.  -- PTI
« Back to LIVE