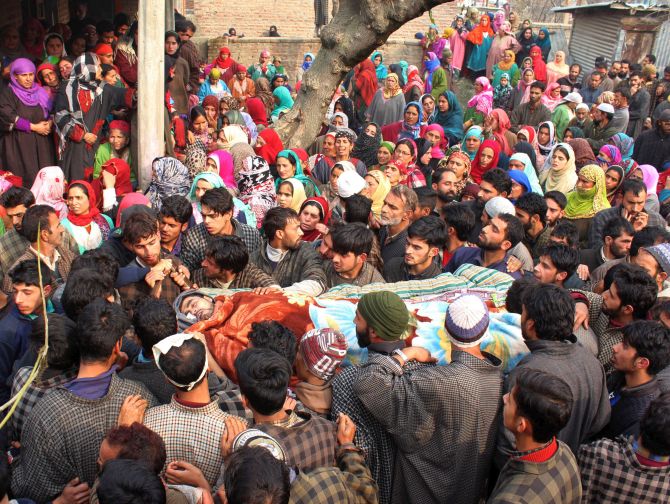 Twenty-nine Army personnel lost their lives in nine terror attacks on defence stations and Army camps in Jammu and Kashmir since 2015, the government informed the Lok Sabha today. Twenty terrorists were killed and two civilians lost their lives in the attacks, Minister of State for Defence Subhash Bhamre said in a written response to a question in the Lower House.


The highest casualty was in 2016, when a group of terrorists stormed an Army camp in Uri, resulting in the death of 26 personnel. This year, one terror attack was reported on an Army camp in Jammu, claiming the lives of six Army personnel.


"The Army carries out in-depth analysis of the terrorists incidents and security breaches that are identified with various incidents. Perimeter security projects of all the armed forces have been sanctioned by the government," Bhamre said. -- PTI
« Back to LIVE